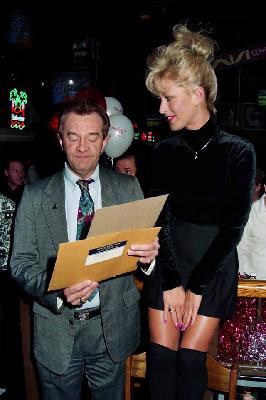 Stacie Kimbro danced for years as a child and at the age of 17 during her Senior Year at Crestwood High School she was convinced by a friend to try out for the Atlanta Falcons Cheerleader Squad. And so began a 10 year long career as an Atlanta Falcons Cheerleader and association with CHOA as a volunteer. Stacie loved kids and if there were kids around she was more likely to be playing with them as anyone else. The innocence of kids at play appealed to her own spritely spirit. While it was difficult at times to be a witness to the trials children sometimes have to endure she was always cheerful and encouraged by their spirit because she thought they deserved nothing less.

Upon Stacie's passing I wanted to memorialize her in some way to pay tribute to all of the remarkable things she has done for the community, for the many people she has met never being a stranger, and her love of children.

Please join Stacie in contributing some small amount in honor of her, her beautiful family that supported her all these years, friends she won over, and the children in need. Thank you for helping me reach my fundraising goal in support of Children's Healthcare of Atlanta. Your contribution is greatly appreciated.